Rogue One and Solo were the first and certainly not the last in a new type of Star Wars movies: anthologies. “A Star Wars Story,” the subtitle given to these films, is the new Legends or Expanded Universe. The books and games were more or less erased from the timeline with the sequel trilogy, but that only freed up space for new ones. With Disney is making separate stand-alone Star Wars movies, it’s hard not to imagine the possibilities. Movies that we knew all along would never happen have a chance again. These are just four that fans would like to see.

The Sith are a mysterious culture: we don’t know where they come from, how they came to be, how long they’ve been around, or even who they are exactly. Without the EU explanations, there is almost no solid information about the origins of the Sith. A movie about them could be set in the Old Republic or earlier. It would be about how the Dark Side was discovered, and the first people to use it — the first Sith. This could happen simultaneously with the origins of the Jedi and the discovery of the Light Side.

This one would be a bit of a challenge to make because of the language issues, but it could work if there is a human in the story that can translate Shyriiwook. It would reveal a lot of both Wookiee culture as well as the secrets of Kashyyyk, like whether Wookiees really live in trees and why are those trees so much better than any other species. It could mention and justify the Wookiee-Trandoshian conflict, as well as their distrust of the Empire. 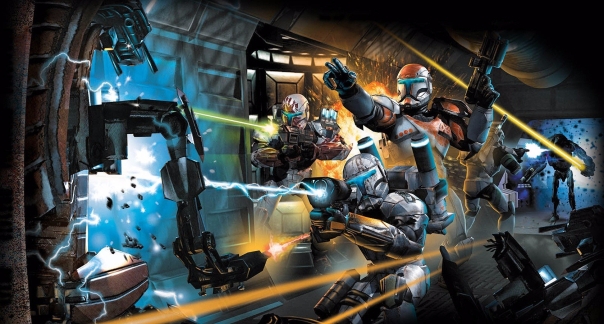 No book series depicts the Mandalorian culture better or gives more insight into the genetically elite slave soldiers of the Republic than Karen Traviss’s Republic Commando series. It could take the plot directly from the series, but with the sheer length of them, it might be wiser to make it a TV show. Either way, seeing it as a movie would be almost as good as a real Mandalorian spin-off. Which brings us to…

We’ve seen bounty hunters, extreme mercenaries, thugs for hire, various classes of outcasts who value cash over culture, and even rebel soldiers, but where are the true Mandalorians? Boba and Jango were disappointing, and the Death Watch are hardly true Mandalorians. It’s about time to get a movie from a time when the Mando culture is united under a Mandalore and not oppressed by a galactic government and spread thin under its rule. The movie could be set in the Old Republic, at a time when the Galactic Republic and the Sith Empire coexist, and the Mandalorians are trapped with mixed loyalties in the center of a war between the two superpowers.