The world is full of amazing places to discover. Many are in plain sight: no doubt Yellowstone, Yosemite, or Denali are great to visit. There are also countless hidden getaways waiting to be found and explored. But there are also places that might be famous, but really don’t deserve a place on your bucket list. Regarding the latter type of places, if you’ve been everywhere you’ve ever wanted to go and have no better ideas, knock yourself out. But if that’s not the case, don’t bother.

Not Worth It: Mount Rushmore.

This iconic monument might sound like a must-see, but in reality it’s anything but inspiring. First off, it’s way farther away than you would expect; there’s no good way to get closer than the observation deck picture shows. It’s really small, too, compared to what seeing it online can lead you to believe. It’s also crowded by the hundreds of tourists waiting to take selfies from the front row. Historical significance aside, it’s just some faces in a big boring rock.

Only a 90-minute drive from Rushmore is this striking and rugged park that, despite its unappealing name, is certainly worth a drive through. It’s layered and colorful exposed rock and unusual rock formations make it unique among other places in the area. In addition to the scenery, Badlands is home to black-footed ferrets, prairie dogs, jackrabbits, bighorn sheep, and bison, which can be seen frequently to highlight the drive.

Not Worth It: The Great Wall of China.

The Great Wall is an architectural wonder of the ancient world, stretching over 13,000 miles across western Asia. However, you might be disappointed to find that you won’t see much of it due to…the panic-inducing monstrosity you see in the picture. No, it’s not a fake; that’s actually what it’s like in peak season. Tourists are only allowed on a relatively short section of the wall, so there isn’t really anywhere to escape the stampede either.

This extensive mountain range is found on the border of China, Mongolia, Kazakhstan, and Russia. From trekking to climbing to skiing, the area has endless possibilities–and much fewer people. Temperatures in the winter can get a little extreme, but that doesn’t deter everyone. In the spring, there is a lot dense of vegetation, like wildflowers, which make the landscape even more interesting, but in the fall there is much less water and the gorges are more accessible. It’s a huge place so everyone will find something to do.

Not Worth It: The Empire State Building.

The Empire State Building is one of the most famous landmarks in the US and one of the most well-known skyscrapers in the world, and no wallpaper of downtown Manhatten is complete without it. That’s exactly why you should not waste your money on it: you will notice any photos you manage to take through the dirty glass and chainlink and over the shoulders of all the other impatient and disappointed tourists will be missing something important — that would be because you are standing right on top of it. 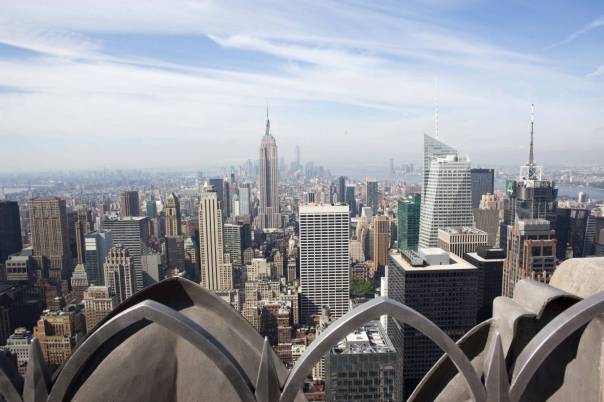 Solution: Top of the Rock. Getting to the top of this skyscraper is no less expensive, but typically less crowded and overall a more rewarding experience. The sweeping views of midtown Manhatten are infinitely better, and the Empire State Building will actually be in your pictures (or Central Park, which there is also a much better view of), which is another big plus.

Not Worth It: The Leaning Tower of Pisa. 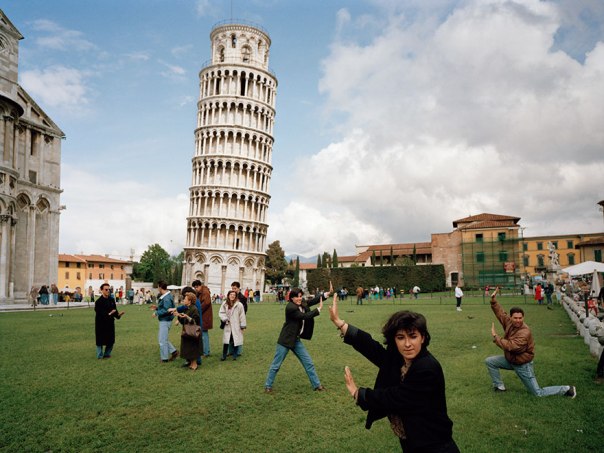 The picture is all you need to talk yourself out of this one. The tower itself isn’t a big deal — many of the buildings around it are actually much more impressive. You won’t get a clear view of it either anytime soon due to hundreds of other people trying to get the cliched “holding up/knocking over the tower” picture. So if you want one of those pics, you’re better off using photoshop.

Only a four-hour drive from Pisa is the ancient city of Rome, with its renown ancient architecture and rich history. While you’re there, step back a couple of millennia and check out the Pantheon, the Colosseum, St Peter’s Basilica, and whatever else you can find. Just steer clear of the Trevi Fountain–it’s a little crowded over there (see the Piazza Navona instead).

Not Worth It: Stonehenge.

Stonehenge is an outstanding ancient work, the purpose of which we are at loss to understand. The complex patterns it forms with the sun and stars, as well as the amount of coordinated effort that went into building it is sure to light up your imagination. But as fascinating as it is, don’t waste your money and time on it. As you can see, you are unlikely to be alone for your trip. And if the crowds don’t faze you, consider what you get out of it: sure, it’s a cool place, but there isn’t much to do besides stare straight ahead and think, which you might as well be doing from wherever you are now.

Stonehenge is not the only ancient monolith in the world. This one, found in Scotland, is just as incredible and a lot more peaceful. Sure, you can get away from the crowds, but you can also you can get up close to these, unlike Stonehenge.

Not Worth It: Times Square. 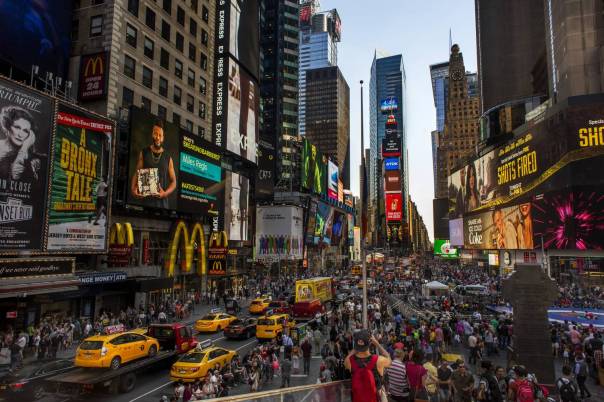 Tourists travel here from all over the world. It’s the heart of New York City, after all. It’s also loud, crowded, dirty, and unbelievably expensive. What you see in pictures is colorful billboards and skyscrapers, but what you see in person is more like the dirty sidewalk, shops where a sandwich costs more than your retirement, and an endless sea of loud, angry, impatient people who want to either take a selfie, pick your pockets literally or figuratively, or get the hell out of there.

Central Park is one of the three most popular attractions in NYC–the others being the Empire State Building and Times Square. That means it gets a lot of visitors, but it’s a little different from the other two in that, instead of one cramped square or an even more cramped observation deck, it encompasses over 1.3 square miles. It’s huge, given the size and density of the surrounding city–it’s big enough to get lost in, and it would take years to explore everything. Yes, there are areas you should avoid at night, but it’s still a much better place than the city.

Not Worth It: The Great Pyramids.

The Great Pyramids of Cairo, Egypt are one of the Seven Wonders of the Ancient World. It’s incredible to think of how much work went into arranging those multi-ton boulders without only human hands in one pharaoh’s lifetime. However, once again it’s best to think from a distance. To begin, you won’t be allowed inside the pyramids, so forget exploring them (legally, anyway). The pyramids are also smaller than you probably expected; still huge but not THAT big. And you won’t enjoy the crowds either: tourists can be annoying, but so are all the locals desperately trying to sell you their things.

This peaceful Egyptian city is found only a day’s drive from Giza and Cairo, and it’s a lot more enjoyable than the latter. The city is home to many attractions, from cruises on the Nile to exquisite ancient temples to camel trips in the dunes. While you’re there, you might want to check out the nearby Abu Simbel temple, and the White Desert, with its standing chalk formations.