Humans love to hate. Hide it, deny it, try to suppress it–you can’t change it. People fear what they don’t understand, and hate what they fear. On an inconsequential level, consider the phrase “I hate spiders.” Most people don’t hate spiders, just have a little understandable arachnophobia, and are as a result afraid of the creepers. There is an unvarying seed of fear of the unknown in everyone, and fear naturally leads to anger and hate.

Metal gets a lot of hate from many, though not all, mainstream listeners. It’s a highly misunderstood genre, and it gets an unfair reputation. In this case, ignorance is to blame; most metal haters have never listened to good metal before.

Need some proof? I was recently approached by a reasonably nice person who had apparently googled a band who’s shirt I wore. He asked in a genuinely friendly and not at all insulting tone, “you realize your music is trash, right?” A while later, outside of the earlier context, I showed the unsuspecting victim a few songs, starting from Iron Maiden, moving to Pantera, and finally Metallica. His reaction to all three was that it’s pretty good, just not the style he enjoys the most. The latter two are certainly metal, but without being told that, he had to judge the music itself instead of regurgitate his prejudice for the title of the genre, which clearly impacted his opinion heavily.

Metal has been given countless titles such as “pure satanic cyanide” on TV and in other media, and that has ignited a deep-set hatred towards the genre. Everything that’s new and unheard of is resented at first, due to the natural fear of the unknown, but metal has an outstanding amount of haters. The small but significant number of radical satanic bands like Gorgoroth and Behemoth don’t help at all either; they only reinforce the paranoia with their skinned goat heads, self-proclaimed satanism, genuinely evil lyrics, and disturbingly obscene violence on and off the stage. Watch Gaahl of Gorgoroth swirl his wine for minutes after being asked about the meaning of his music before darkly proclaiming “…Satan.” Watch Varg Vikernes of Burzum explain why he burned down churches and how he killed Euronymous of Mayhem. It’s not easy to watch at all. A lot of it is just for the show, though its hard to tell sometimes how serious they are when they have nothing to gain or lose. But the fear this creates is understandable, to say the least.

However, to defend all the extreme black metal fans out there who are not radical psychopath serial killers, consider this: yes, the subjects in the lyrics and the presentation of the bands can be a few steps too far, but that does not apply the people who enjoy it. People watch equally horrible things in horror movies and no one says a negative word about it. People who watch slasher movies aren’t necessarily murderers or even just psychopaths; likewise, people who listen to satanic metal aren’t necessarily radical satanists. 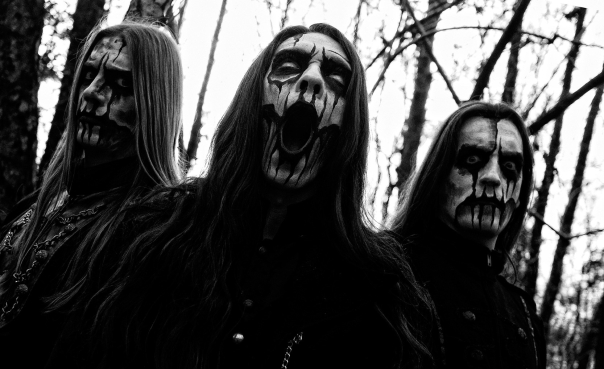 Black metal, just like any other type of metal, is a release of anger and violence in a way that causes no harm. People may blame criminal acts on music, but that is rarely a case–even when the people behind the music, such as Varg Vikernes and Euronymous, may be responsible for horrendous crimes. Judas Priest was blamed for the suicide of two teens in 1985; the teens were intoxicated at the time and led fairly fucked up lives as it is, but accusations of the band placing subliminal messages in their music and preaching it into their minds through a kind of musical hypnosis was apparently considered a more probable cause for their deaths than a normal suicide. The case was eventually dismissed since there was no evidence that these “subliminals” were even possible and because the courtroom was not an ideal location for a debate on the unknown properties of the human subconscious.

More infamously, the self-proclaimed Antichrist Superstar himself, Marylin Manson, was held accountable for the tragedy of the 1999 Columbine shooting. The 13 resulting deaths were attributed in part to the negative influence of violent video games and the music the killers had listened to rather than their own highly unstable psychological state, though the claimed links were never proven. Manson is also widely disliked for his criticism of societal norms and particularly religion, which he thoroughly despises. His villainous reputation is largely due to his views on religion, to which he replied with the now-famous quote, “If they think an artist can destroy their faith, then their faith is rather fragile”–for which he was naturally labeled as a satanist abomination once more. 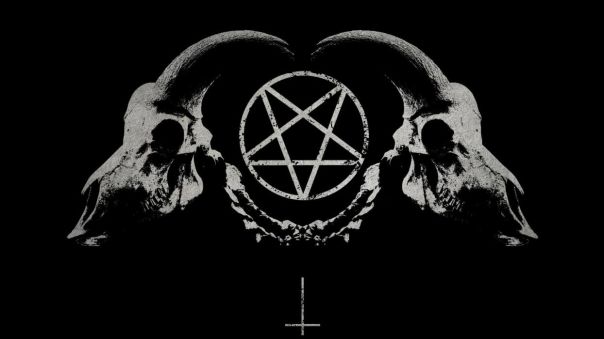 On the topic of Satanism, that’s another subject that gets a bad rap with little justification. There is radical theistic satanism involving animal or even human sacrifices and obsessive worship of the devil as a supernatural being, and no shit, that’s concerning. But more common, non-theistic LaVeyan Satanism, in theory at least, is not nearly as terrible. It’s actually a fairly reasonable religion as far as religions go, with decent and surprisingly modern philosophies. Legitimate satanists mostly don’t believe in a supreme being at all. Satan is rather a symbol or an idea representing freedom, individuality, and spontaneity–much like Daoism in East Asia, which has been preaching similar philosophies for thousands of years and could not get close to the nasty reputation of satanism. The idea of LaVeyan satanism is to realize that humanity is a very small part of the universe and to accept humans’ place in the animal kingdom, as well as the impossibility of complete harmony and the acceptance of chaos and suffering as a part of life–a lot like Buddhism as well if you consider it that way. The idea that all Satanists worship false idols, make underground sacrifices and perform cult-like rituals is largely just hysterical media-fueled bigoted paranoia. You probably wouldn’t recognize Satanists in normal daily life, because they are just people. Doesn’t sound all that scary anymore, does it?

Regardless, in metal Satan is power, individuality, and an utter rejection of norms. To mainstream audiences, the rampant and uncontrolled chaos of metal shows, the intensely distorted noise, and the offensive and outrageously fucked up lyrics seem to trump the sophistication and musicality that can be discovered under the coarse outer shell. Perhaps it’s for the best that the majority of people are deterred by the first beat–Lemmy said that when rock n roll becomes respectable, its no longer rock n roll, so it can be said that when metal becomes mainstream, it is no longer metal. But to someone who isn’t bothered by the harshness, metal can be so much more than just a genre. The same lyrics that disgust many people appeal to the audiences that need it the most. To fans, the community is a union of outcasts and anyone who can appreciate their music. The symbol of Satan has been an element of metal from its invention with the first true metal song, and will continue to follow the genre wherever it goes, keeping metal extreme and focused on the audience it was invented for and far from the mainstream hit machines.