From Star Destroyers to Dreadnaught heavy cruisers, no fleet or task force of any galaxy-wide organization is complete without a handful of capitol ships. But not all cruisers are created equal; a Victory-class really can’t compare to a Venator-class, no matter how well equipped it is. These are the 5 most advanced capitol ships from the Star Wars Expanded Universe.

General Grievous’s flagship possesses twin ion pulse cannons capable of blacking out entire capital ships in one shot. It has around 500 twin turbolasers to destroy the ships the ion blast disables. It’s hanger has space for an unknown amount of Vulture Droids, at least one landing shuttle, and Grievous’s starfighter, the Soulless One. The main inconvenience of the Malevolence is that it has an all-droid crew made up of mostly B1 battle droids–not the brightest warriors or commanders. 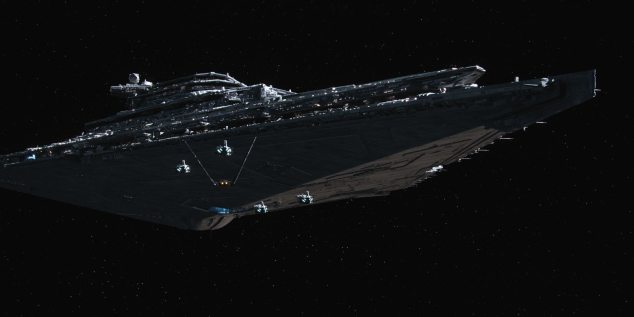 The Finalizer is shared by Kylo Ren and General Hux. It is the most powerful destroyer in the First Order navy by far, being almost twice as long as Imperial-era warships. It had over 1500 turbolasers, multiple turrets, ion cannons, and tractor beams, complete with two full starfighter wings consisting of First Order TIE fighters, Special Forces TIEs and a hangar for transporters and Kylo’s shuttle. 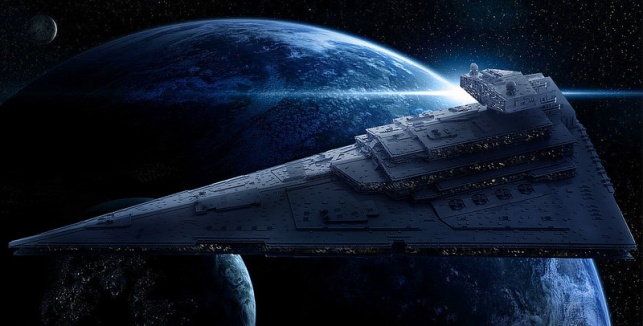 At first glance, a 1600 meter dead-average Imperial star destroyer may not seem like much, but it was one of the finest warships in the Imperial fleet after upgrades done by its captain, Gilad Pallaeon, such as proton torpedo launchers, upgraded shields, space for six TIE fighter squadrons, and a cloaking device. After the death of Emperor Palpatine, former Chiss Ascendancy member Mitth’raw’nuruodo, or Thrawn, chose it as his flagship after he got promoted to Grand Admiral, due to the ship’s unbroken record of efficiency and thoroughness. In the years following the reorganization of the Empire, the Chimaera was the most feared and dangerous ship in the galaxy. 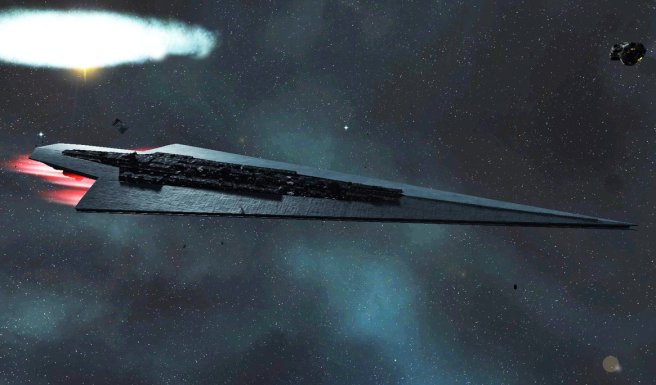 At 19 kilometers tip to tip, Executer-class destroyers were the largest and most powerful ships the Empire ever created, considered super star destroyers along with a few other classes. The Executer was the personal flagship of Darth Vader during most of the Galactic Civil War. Under Admiral Piett, it served as command ship in the Battle of Endor and trapped the Rebels between the new Death Star and the entire Imperial Fleet. It was destroyed after a bomber squadron rendered its forward shields useless and A-Wing pilot Arvel Crynyd flew into the unprotected bridge. Piett lost control and it smashed into the Death Star.

The Ascendant Spear was considered a superweapon because of its unique and outstanding capabilities. It had a Class 0.5 hyperdrive like the Millennium Falcon’s, only over fifty times more powerful due to the size of the ship, making it the most powerful hyperdrive ever built; similar ships built thousands of years later were hardly half as fast. It possessed a megalaser, which fires a concentrated energy blast powerful enough to destroy large ships in one blast. While that’s impressive, it’s not the best part. The entire ship could be piloted through bionic implants by one individual, not as a tool to control but as an extension of the body. It is rumored that the creator, Darth Mekhis, could operate the entire ship on his own, but Darth Karrid, a powerful Sith Lord, could only operate it with a steady stream of energy from her apprentices combined with her own connection to the Force, and only for a short period of time.